The Complexities of Divorce for Same-Sex Couples 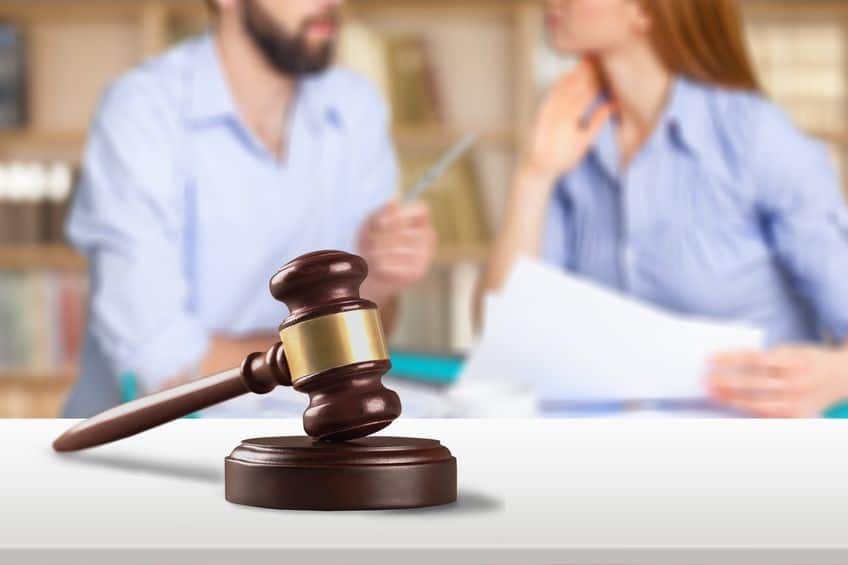 The complexities of divorce for same-sex couples are a difficult topic. It’s about understanding the rights and responsibilities that you may or may not have in your relationship, as well as understanding how to navigate these topics with your partner. It can be complicated, but it doesn’t have to be! In this article, we’ll go over some ways you can make the process easier on yourself so you don’t get lost in all the details.

What is the legal status of same-sex couples in America

The legal status of same-sex couples in the United States has been a hot topic for many years. In the past, same-sex couples have been denied rights that heterosexual couples enjoy and this has caused significant social and political issues.

In 2015, a landmark Supreme Court case legalized gay marriage for all fifty states in America (Obergefell v. Hodges). The legal status of same-sex couples is now the same as any other heterosexual couple.

This means that married same-sex couples enjoy many of the protections afforded opposite-sex spouses, including hospital visitation rights. However, it is important for each couple or individual to research their particular situation before proceeding with any steps towards legal separation.

All of the federal laws relating to marriage and divorce are in the process of being updated, but it is not yet clear how these changes will affect same-sex couples.

Gay marriage has been legal throughout the United States since 2015. This article discusses some of the complex issues that may arise during a separation or divorce between two partners who are both legally married. It also discusses what you can do if your partner wants a divorce and you don’t want one at this time. Divorce law varies from state to state so research ahead before proceeding with any steps towards filing for legal separation or getting divorced yourself.

Why does divorce need to be considered differently for same-sex couples?

Marriage equality is a growing movement that has been sweeping the nation. With marriage being recognized by all states, the question remains: do same-sex couples deserve to be treated differently? The answer is yes. Same-sex couples face different challenges and have unique needs in divorce proceedings than heterosexual couples.

Divorce attorneys will help you understand some of the differences and why they need to be considered when divorcing a same-sex partner.

What are some extra considerations for Same-Sex Couples?

Same-sex couples have many of the same considerations as straight couples, but they can face some additional hurdles. One example is that gay and lesbian couples cannot always get married in every state. They may also need to think about how to legally adopt a child or provide for their children if something were to happen to one of them without a will. There are other legal issues that arise when you’re in a same-sex relationship, so it’s important to do your research before getting into anything serious with someone else.

The legal rights and responsibilities of same-sex couples vary by state, but there are some general guidelines to be aware of.

Same-sex couples do not automatically have the same rights as heterosexual married couples in every state, and there are many laws that can impact their family life together with or without marriage. It’s important for both partners to know what these limitations are before making any serious decisions about how they’ll manage a relationship or raise children if something were to happen to one of them.

If you are in a state where a gay partner does not have a will in place, the state may decide what happens to their assets. Without any formal paperwork about who should take custody of children, they could be put into foster care or sent back home to live with parents if it’s felt that these are safer options for them.

The rights of same-sex couples in divorce proceedings

The legal rights of same-sex couples in divorce proceedings is an issue that has been hotly debated for many years. While some jurisdictions have legislation specifically providing the same protections for all married persons, others do not.

The complexity of rights for same-sex couples in divorce proceedings is a complex issue with various considerations to take into account when making decisions about marriage and divorcing from it.

In some instances, if there isn’t a formal agreement between parties before or during their marriages regarding what should happen after they separate, one party may lose many legal protections. For example, without any formal paperwork outlining who has custody of children and where each parent lives, courts can decide these things on an individual basis. Courts typically place kids in foster care because this provides them stability but not always out of parents’ homes which are better able to support sensitive needs like illness management.

If you are considering divorce, it is important to speak with a divorce attorney about your situation and what steps might be appropriate for same-sex couples in the state where you live or plan on living after separation.

If you are in a same-sex marriage, the decision of who will file for divorce is less clear. In heterosexual marriages, where one spouse files for divorce, the other spouse is not required to be present and can respond later by filing an answer with the court. However, since same-sex couples cannot get married in all states, and where they can, the marriage is not always recognized, there are different rules.

The divorce process for a same-sex couple begins with one party filing an initial petition to terminate the other spouse’s rights as your partner. The petitioner would then prepare a packet of papers which includes information about who should file for divorce in their state (if it makes any difference), what property needs to be divided, how financial issues will be handled during and after separation, whether child custody or visitation might need to change, etc., and serve these documents on whichever spouse cannot do so themselves.

This allows that person time to review them before responding by filing an answer or separately requesting further documentation from the other side or more time to respond if needed.

After these steps, the divorcing spouse can then file a request for temporary orders which could ask the court to order that child custody arrangements be maintained as they are and/or set up an appropriate visitation schedule. The petitioner would also outline their plan with regard to any financial support or spousal maintenance payments (if either is applicable) and how they should be paid.

The other spouse may agree or disagree with this, so both parties will have a chance at hearing each other’s reasoning during what’s called “discovery,” which is where they exchange information about finances, property ownership, tax returns from past years if necessary, etc., in order to make sure everyone has all of the facts before settling on a final agreement.

What are the complexities of divorce for same-sex couples?

It is imperative to understand that many complications arise in a same-sex marriage if one or both partners wish to end the marriage.

Divorce is often a difficult and emotional time, but it can also be an opportunity to start anew. However, the complexities arising from same-sex marriages are many. It’s imperative to understand that many complications arise in a same-sex marriage if one or both partners wish to end the marriage. Issues such as custody rights, property division (not necessarily equal), spousal support, child visitation arrangements, and access to social security benefits may all become complicated when divorcing someone of the same sex.

Some states do not recognize these unions at all while other states allow them only under certain circumstances – like New Jersey which recognizes civil unions between two people who have lived together for more than three years and are not related by blood. Divorce can also be more difficult because some couples don’t share finances equally even before they get married. It is important for those considering a divorce from their spouse of the same sex to consider all the issues involved and not just focus on a quick divorce.

Beyond the legal aspects of same-sex marriage, social stigma may impede efforts to dissolve marriages as well. The issue becomes even more difficult when there are children involved because sometimes one parent will try to gain custody and control over their child(ren).