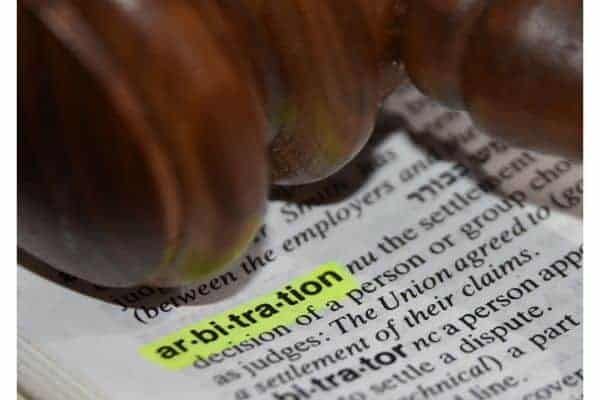 When people or businesses have a legal disagreement, several things may happen. They may be able to come to an agreement. Both sides get their attorneys involved, to negotiate or to file a lawsuit. Others go straight to the courthouse and move their wrangle to the courtroom. However, another solution involves alternative dispute resolutions methods, including arbitration and mediation. When choosing arbitration vs. mediation, which method will better suit your case?

Arbitration vs. Mediation – the Basics

While both are forms of alternative dispute resolution, there are some important differences.

Arbitration may be referred to as a mini-trial. You might use arbitration if your lawsuit is ready to go to trial, but you want to avoid a trial held in a traditional courtroom. Instead of a judge, a single arbitrator or a panel of arbitrators preside over the arbitration session.

Mediation is “the attempt to settle a legal dispute through active participation of a third party (mediator), who works to find points of agreement and make those in conflict agree on a fair result.”

When considering arbitration vs. mediation, formality may be an important issue. Courtroom trials tend to be very formal, which can make the whole proceeding more stressful for the average citizen.

Arbitrations still abide by a formal set of rules but tend to be less formal than a trial.

Mediation sessions tend to be far less formal than either a trial or an arbitration.

Just like at trial, the parties to an arbitration will present evidence. Some arbitration proceedings may even have a discovery period where the parties exchange documents and take depositions.

At a mediation, however, the parties negotiate a settlement. The mediator facilitates an agreement between the parties. Evidence might be presented, but the sessions usually consist of the parties discussing their viewpoints about the disagreement.

Judges may require either mediation or arbitration. However, it is a little more common for arbitration to be court-ordered. In addition, contracts sometimes contain language required that arbitration be used to settle any disputes.

One of the most important differences between arbitration and mediation is the end result.

Arbitration is a little more like a court trial in that the arbitrator(s) make a decision that is binding. In most cases, the parties cannot appeal an arbitrator’s decision.

Why Use Mediation to Solve a Legal Problem?

By avoiding a prolonged court battle, you can save money and time. Wouldn’t you rather spend your time enjoying life instead of sitting in a courtroom?

Attorney Bruce Adams is an Alabama attorney who knows how to listen to his client’s legal concerns and provide actionable advice. He also offers mediation services. Please contact Bruce at 256-237-3339 to set up an appointment. Our office is located in Anniston, Alabama, but we assist clients in surrounding Calhoun, Cleburne, Etowah, and St. Clair Counties.